My New Supplement is even Safer than Pharmaceutical GRADE! How can that be?

This is why I hate the supplement industry.  There is so much misinformation out there. Even the government can be misleading.  Here is the truth…

When ever you release a new supplement people want to know:

Well an all natural, botanical product that has a sports nutrition and a holistic health benefit just seems too good to be true!  Let’s face it, if I was introduced to my product, I would be a little skeptical to begin with, as well.  How could six herbs positively effect my mood, metabolism and my recovery form exercise?  The real magic in this supplement isn’t from the ingredients as they stand alone but, the combination of these nutrients as they work together to invoke a synergistic effect.  So together, in the right combination, these six ingredients work better than if just taken in various amounts alone.

To review the ingredients:

This TriComplex is designed to support proper mindset and mood for optimal physical and mental performance within minutes of ingestion.  This complex sets the stage for a great workout or performance, elevating the desire to do your best while simultaneously reducing jitteriness or non-productive stress and enhancing exercise metabolism.

This TriComplex has a balanced combination of some of the strongest antioxidants on the planet.  Research is still finding increased cancer fighting and protective qualities of these ingredients designed to protect the body and support ins natural growth and repair response to exercise.

In answering the question, “What Does it Do?”  We are just scratching the surface in these posts.  After the test group is complete, I will give a complete report of how this supplement works in depth.  Suffice it to say that it positively benefits mood for exercise, potentiates metabolism of fat and protein synthesis and enhances recovery from exercise.

The answer to the question, “Does it Work?”  Well, the research say’s so.  My own use of it speaks to its validity.  I’ve been using and testing this combination for years and this combination has been instrumental in getting me to the best fitness level of my life, in my mid forties.  I’m in better shape now than when I was an active US Marine!  The first test group is also validating this as fact.  For as long as this product is around, we will continue to test it and improve it based on these continual studies.

The main focus of this post is the third question, “Is it safe?”  Let me start by saying all the ingredients in this product are safe!  Five out of the six ingredients have rare, if any, side effects when taken individually and within our first study group, have not been questioned at all.  The green tea has minimal amounts of naturally occurring caffeine that is less than a half of a cup of coffee.

The only ingredient that has been questioned is yohimbe bark.  Is it potentially an herb with side effects or not.  It is not the “Black Sheep that some websites make it out to be.  Yohimbe bark is the raw, naturally occurring part of the plant that the active ingredient yohimbine is derived from. In the whole bark form that I have chosen, it contains only 2% yohimbine.  Yohimbe bark doesn’t contain just yohimbine, but also 55 other alkaloids.   Among the other alkaloids, corynanthine is an alpha-1 adrenergic receptor blocker . Hence the use of yohimbe bark in sufficient dosages may provide both alpha-1 and alpha-2 adrenoceptors blockade and thus may better enhance circulation and readiness to exercise. 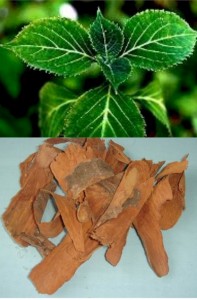 Adverse effects have been reported from excessive consumption or high dosages of yohimbine extract that has been isolated and concentrated from its natural form, not from consuming yohimbe bark in its natural form.

“Although tolerated generally well in low doses, the potential for dose-dependent toxicity should be recognized.”  To much of a good thing can be a bad thing.

Those with chronic high blood pressure or those who take monoamine oxidase inhibitors (MAOIs) medication may be sensitive to certain foods as well as yohimbe. If you are sensitive to the following list of foods or if you’ve been told to avoid these foods, you may also be sensitive to yohimbine.

In any case this list of  tyramine containing foods should be consumed in moderation and even avoided for those who are sensitive or who have high blood pressure:

“Furthermore, fat mass was significantly lower in the yohimbine versus placebo trial at post supplementation assessment.”

Whole yohimbe bark has been shown to absorb and help remove heavy metals like copper and nickel from our bodies.

“When comparing both biomaterials, yohimbe bark … was found to be the most efficient adsorbent for both metals studied.”

The new TriSystem Supplement does contain a small amount of natural yohimbe bark NOT pharmaceutical yohimbine.  The dosage of yohimbe bark is safe and effective and the benefits outweigh the potential side effects that some people may experience.  Follow the dosages in the study to be safe and get the best results!

Supplements are not for everyone.  Only you can determine if this supplement is right for you.